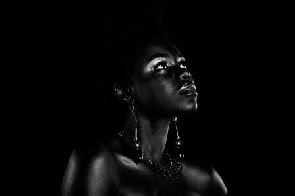 There were lots of performances by artistes from different genres but this  performer who stood out and stole the show was the reason i attended the event, she is Becca.
Rebecca Acheampong aka Becca is of of Ghana’s youngest afro pop artistes whose music, style and charisma has caught the attention of many including international figures.
Based on her outstanding achievement in the music industry, she was again  invited to perform at this year’s Ghana Music Awards which  took place at the Accra International Conference Centre on Saturday, April 9. It would be her fourth appearance at the awards ceremony. Becca’s style of performance and stage craft on international platforms like the Ghana Music Awards has added value to her chosen career.
The sensational afro-pop artiste, who launched her musical career in November 2007 with her maiden album ‘Sugar’, is the only Ghanaian artiste who has been consistent on the platform of Ghana Music Awards. ‘Sugar, which has the hit song ‘You Lied To Me’, which featured Kwabena Kwabena, also earned Becca four other nominations some years back. Becca also featured Hugh Masekela, a great musician from South Africa on her track ‘I Love You’. The ethereal beauty has been hard at work on a follow-up album since her main ‘Sugar’ collection came out at the end of 2007. She has already put out three singles meant for her new album – very very popular ‘Daa Ke Daa’, ‘Eti Sen’ and African Woman. How was your weekend???, Have a blessed week everybody.
Forever.
African Woman.
Posted by DiDi at 7:35 PM