Hello Blogsville!!!! How have Y`all Been & how was your weekend ??? I know the week just started but i hope its going smoothly..
I stumbled upon this some weeks ago & thinking of how to solve or answer this weird puzzle or magic question,*yes Magic coz in my books if i don`t Understand then something`s wrong* has consumed my precious Me time and taken over everything including DiDi activities *insert any nice activity here*.. 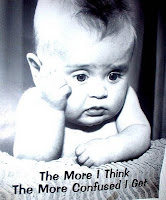 Corruption at its Peak....

Hello Blogsville!!!! Happy new Month!!! How have Y`all Been & how have your week been so far??? Before i procede i would like to say THANK YOU to every Blogsville fam for the love and wishes ,my dad sure would be happy too....once again Mucho Gracias.

The main post,NIGERIA as a country has made headlines the world over and we all know that most of this has to do with Negative or weird things..before this post the weirdest news that topped my chart for God knows how long  is the one where a goat got arrested for theft.


I was on my usual weird news hunt when i found the article below,why do i hunt weird news?? well i hate watching/listening to regular news coz they telling us a bunch of edited lies and try to brain wash us so i stick to the few *OMG,For real?* kinda news..enjoy this.... 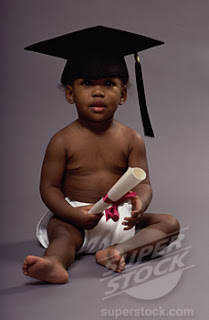 KANO, Nigeria — A one-month old baby, said to hold a diploma, was on the Nigerian government payroll, officials have discovered, exposing the levels to which corruption runs in Africa's most populous country.
The name of the infant was recently found on the payment voucher of a local government council in northern Nigeria during an exercise to fish out ghost employees from a bloated workforce, Garba Gajam, justice commissioner for Zamfara State told AFP late Wednesday.
"In the on-going verification exercise of the payrolls ... in the state we discovered that a month-old baby was among the employees of one local government who is paid a salary," Gajam said.
"What is even more astonishing is that it was indicated in the payroll that the infant holds an ordinary national diploma," said Gajam, revealing that the discovery is a "widespread trend in the local government service where senior officials stuff payrolls with the names of their wives and children".
In August the name of a five-month-old baby was found on the payroll of another local municipality, prompting an investigation.
"And we have been receiving amazing revelations which point to the rot and abysmal level of corruption at the local government level," Gajam said.
Perpetrators will be have to refund the siphoned funds and face prosecution for misappropriating public funds.
Zamfara is one of the 12 predominantly Muslim states in northern Nigeria that adopted the sharia law which imposes amputation of a wrist for theft.
So far no-one has been tried for corruption in a sharia court in the state since the re-introduction of the penal code in 1999.
In 2001, two cattle rustlers had their right wrists amputated in separate sentences, drawing local and international outrage.
Source:http://www.google.com/hostednews/afp/article/ALeqM5iYJ2Jhq4-SwoDMbOy-V_wh-6i76Q?docId=CNG.118b849be09553f14492ba9a716d016b.3f1
After reading this,i just sit and wonder why songs like this would not be produced.
Posted by DiDi at 3:51 PM 15 comments: